Additional Changes. This version of Siebel Open UI includes modifications to the data model that differentiate how the manifest handles predefined Siebel CRM. Siebel CRM Open UI. To respond to the need for broad support of clients and devices, to ease deployment, and support the best user experience for end users, . What's New in Siebel Fundamentals for Siebel Open UI, Version Some of the content in this guide was previously published in Siebel Fundamentals. 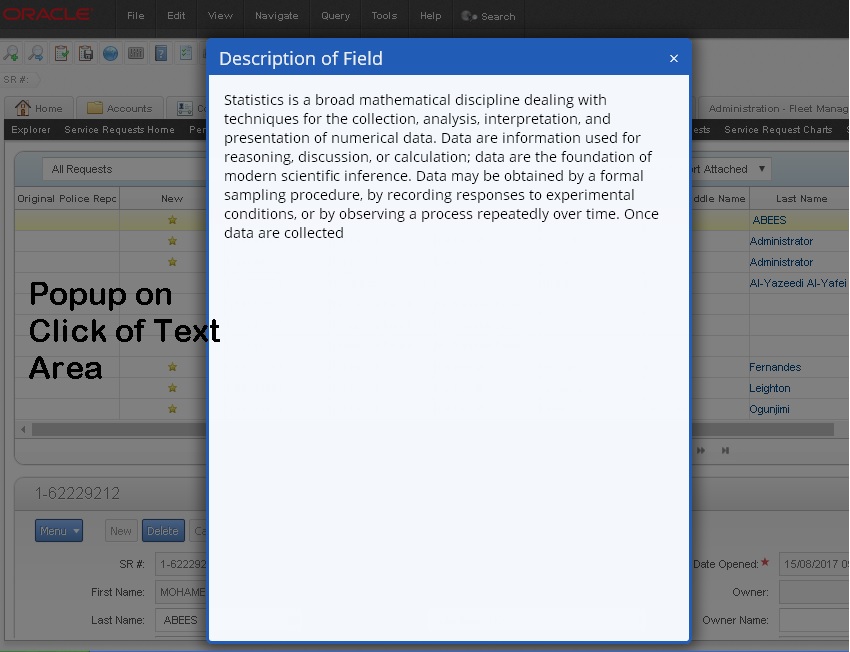 Oracle just cannot and will not support all conceivable platforms, because the prohibitive testing costs alone would not justify the benefits.

Oracle mentions the following standards:. So far, manufacturers have neglected the issues involving Siebel CRM and mobile devices like iPads and Android tablets and only small vendors have offered technical solutions.

Many such solutions offer good and solid implementation, but with the one main disadvantage that a partial re-implementation is needed. With some products like Mobile Edge, this is advantageous in that other CRM platforms can also be integrated.

Hence, the effort to launch mobile devices seems to be practically nil. Yet, one should count on having to do some design adaptations, but we still do not have any reliable details on this aspect. It seems likely, though, that screens can be displayed native on mobile devices — but, since they are typically full, they are not likely to be user friendly.

Therefore, it may be necessary to re-implement features preferred for the deployed device. This task could be complicated and costly in a heterogeneous landscape.

Another open question concerns working without an Internet connection. We believe that the first version of Open UI will come without a local database and synchronization options. Hence, current Siebel mobile apps will no longer be supported.

This could mean the unofficial demise of the standard Windows remote clients, although many customers opted for an online version in the last 1—2 years. This applies particularly to firms that in the past balked at the high costs of the CRM Desktop and development of new mobile apps.

It listed the following devices: One of the many new features in Innovation Pack for Siebel Open UI are different visual display modes for list applets. Using tiles makes sense on mobile devices as they are easier to select by tapping. 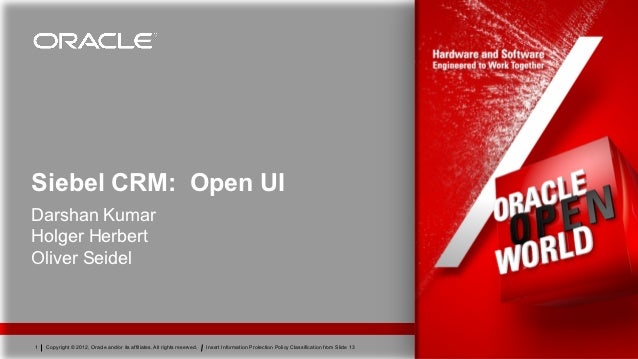 But also in desktop applications, tiles can make dull lists more visually appealing. The Contact List Applet for example comes with two new buttons which allow us to toggle between "Grid" i.

Apart from the as-delivered fields such as full name, address, email address or phone number, the ability to store and display an image along with the contact data stands out. After a bit of investigation and with a little help from my friend and fellow author Jan, here is a solution.

Related Post: OPEN PDF IN BROWSER INSTEAD OF ASP.NET

You can use the physical renderer to display different parts of the same applet in different physical panes in a Siebel screen. For example, you can configure Siebel Open UI to display a temporary recycle bin that uses data from the presentation model to render data in a pane that is physically separate from the data that the list applet displays.

For example, you can modify a presentation model to add a list column in a list applet so that it iterates through list columns and renders them without modifying the physical renderer. This column can reside on the client even if the Siebel Server contains no representation of it.

You can customize at the control level writing plug-in wrappers that govern how a control should appear and behave when a certain set of conditions are satisfied. A checkbox appearing as a flipswitch on mobile devices is an example of this type of implementation.But let's ignore this and switch to tile mode. Oracle just cannot and will not support all conceivable platforms, because the prohibitive testing costs alone would not justify the benefits.

Call a Siebel Business Service. Siebel Open UI renders the user interface in this client. Siebel Open UI was the most widely anticipated and discussed topic, even before the recently announced end of Oracle Open World.

After a bit of investigation and with a little help from my friend and fellow author Jan, here is a solution.

User Preferences With the new tile display, there are also some new user preferences which you will find in the Behavior view.

FLORETTA from Davenport
I relish studying docunments ferociously . See my other articles. I have always been a very creative person and find it relaxing to indulge in throwball.
>