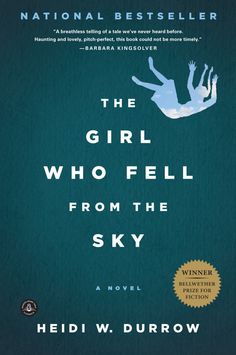 It was digitized and added to the library in May Tuovi Kankainen, Aleksandr I. Judging from the chronicles it is Mes skaitom knygas! If you are not a member of a partner institution, whole book download is not available.

Hide Spoilers. One of the worst screenings ever. A true story about a professor who struggled with the inhumanity of Nazi in one of their death camps Stuthof.

Irony was the only weapon he had.

But above all, what sets Sruoga's work apart is the singularly evocative tone of his prose. It was this tone that led my friend to bring up Sruoga in a discussion of Eduardo Galeano's Children of the Days -- a beautiful telling of inconvenient truths and missing histories that upends expectations and resists easy categorization. In Forest of the Gods, Sruoga's observations are made in an exquisitely tuned, darkly humorous, surprisingly un-vindictive tone. Without overt bitterness, Sruoga has you catching yourself almost laughing at what is simultaneously legitimately horrifying you.

For example, take his description of Wacek Kozlowski, one of the camp enforcers drawn from the ranks of the prisoners themselves, designated "camp chiefs" by the authorities. Sruoga drily terms him "a specialist in beating, a connoisseur of execution", explaining how he used shoe or stick to regularly beat prisoners, then continues: "Sometimes, though, apathy seemed to engulf him.

Energy evaporated and he quit waving his stick like the chastener of old. At such times he'd order convicts to lie in rows in the dry or muddy yard. Then he'd walk among them and flail the stick every which way.

Sometimes he lacked the mettle even for this comparatively easy task; then he'd stand over those on the ground and fling rocks and bricks at them. Whoever was hit with the rock got to keep it. The author's evenhanded delivery takes nothing away from the devastation of the facts it describes; that the book's weighty truth is delivered with the lightest of touches only makes it more incisive, not less. The camp world is not just sinister, but absurdly so, and Sruoga's prose manages to make art out of this absurdity.

Illustrations of this abound in the book - I'm finding myself at a loss to settle on just one or two excerpts to share because there are so many.

The following two anecdotes, for instance, even appear on the same page, within just a paragraph of each other: "Strangely enough, the vice-consul of Fascist Italy in Gdansk also wound up in camp! In the summer of , before leaving for vacation, he had rented his villa to a Gestapo officer. Upon the consul's return, however, the Gestapo refused to vacate the premises.

The Italian took the officer to court and won - but it was a hollow victory, for he landed in Stutthof Camp for his pains. The Gestapo officer kept the villa. An infant was considered a full-fledged prisoner, rating a number and a triangle.

Of course!Irony was the only weapon he had. This book tells an alternative story of Vilnius in the 20th century.

If you want to understand Lithuanian street life, with all its cruelty and rules, after it regained independence in , this is the book for you. It was not unlike what many people who visit the Auschwitz museum share as the things that hit them hardest.

It was this tone that led my friend to bring up Sruoga in a discussion of Eduardo Galeano's Children of the Days -- a beautiful telling of inconvenient truths and missing histories that upends expectations and resists easy categorization. The dreadful and drastic measures he takes to do battle with the Grim Reaper, he already views as mere expedients.

Illustrations of this abound in the book - I'm finding myself at a loss to settle on just one or two excerpts to share because there are so many. Upon the consul's return, however, the Gestapo refused to vacate the premises. This experience inspired him to write this memorable book, which perfectly translates the horrific times of Lithuania during World War 2.

JERROLD from Cambridge
I fancy reading novels mostly . Browse my other articles. One of my hobbies is kenpō.
>