If you have trouble downloading warhammer 7th edition lizardmen army bestthing.info hosted on bestthing.info MB, Warhammer 7th edition. Prior to the new army book the "only" way to play Beastmen was chariot spam and while the new book added more options, lists didn't change. So a mate told me WHTW is based from 8th Edition army books. all their old rulebooks available in a high quality PDF set, and everyone's go.

This is a magical attack. Tongue lash: Shooting attack: Range 12", Strenght 5, Quick shoot, hallucinogenic spit hallucinogenic spit: Any model who recieve an unsaved wound have -1 to his leadership the rest of the battle. This monster need cool rules like those, not good stats or saves. All the army exists only to smash heads, some crazy units are need to keep the insanity. Razorgor chariots still have a lot more punch.

I could see myself lowering the casting values some more, or is it the spell effects you find too weak? You can just upgrade to heavy armour though, so no loss. I will make them 1 pt cheaper by default too. Chaos Giant is already 25 pts cheaper than the official version, don't want to nerf it more than that yet. Thanks for the feedback! I think the Jabberslythe is fine like is, I don't additional unique rules are needed here. Some good points and some not so good ones. Monsters are much better than they were and they're me realistic than the 9th age so no complaints there. 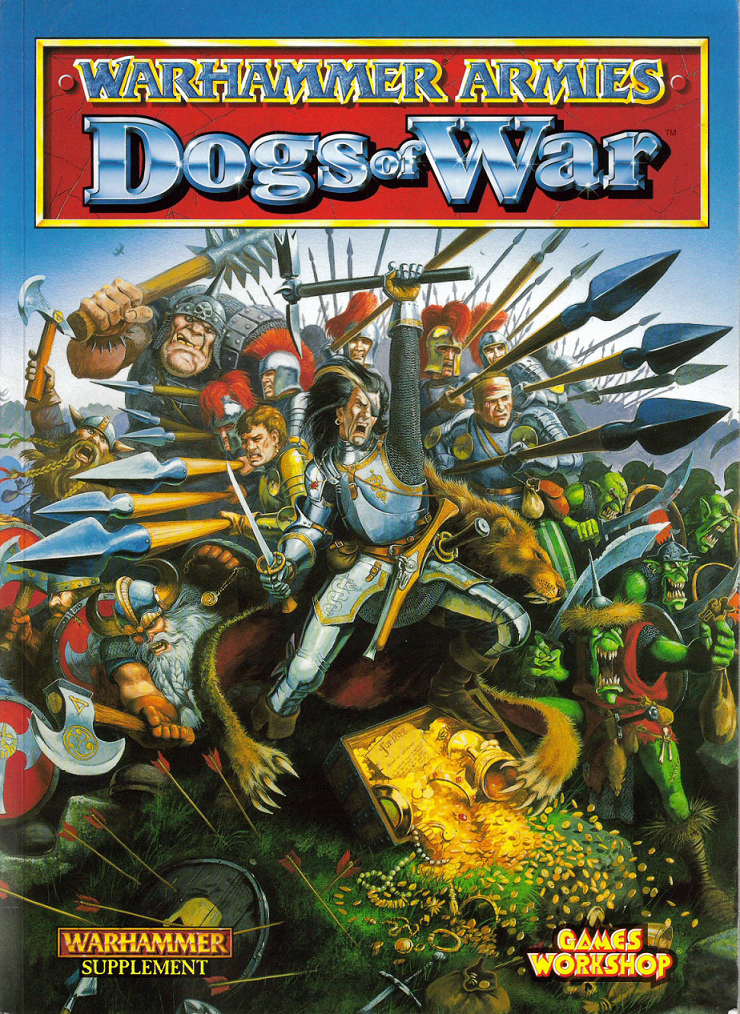 I don't thing gnarled hide needs an increase but rather should stay at its 15 pts from the 7th ed Bestigor should have heavy armour idk he nerfed it they are the only troops with anything resembling an armour save in this book Monsters should never have a save really unless, now this would be awesome, he reworked the lore of the wild to give ward saves to monsters maybe spell slot 5 casting value range 18".

Minotaurs, Shamans and Chariots should have access to Marks as well. The Bloodgreed special rule can also grant an absurd number of attacks.

Perhaps just make it that Bloodgreed grants Minotaurs Frenzy that can't be lost. Less rolling that way. Marks on Shamans don't really add much, since they are not fighters.

I dont know if my last post got deleted or posted, but ill try again Longtime beastmen player here games in 8th, multiple tournaments, leagues with the goats.

I appreciate what your trying to do, and understand that when making a book if you nake it too powerful it wont be accepted by the community.

However, beastmen are one of if not the weakest book of the warhammer armies. Some of the nerfs i felt were unnecessary such as Gors to ws Give them marks if you do this, i like the point drop though Chariots are still too vulnerable Ungors should be 1 point lower Razorgors have to be taken in units of 3? This defeats the purpose of the razorgor as a mobile unit who is not constrained since he could be taken as a single model Ghorgons need another point drop, blood greed has been nerfed along with regaining wounds for the guy Lore of the wild, though slightly improved, is still garbage and no one will take it over the other lores Minos are still too expensive, esp with the bloodgreed cap Biggest problem is bestigors.

Bestigors are super expensive and die in droves in the current book. Now they are more exp if u want the heavy armor and are basically the same. Like the option for halberd though. Chaos spawn probably should be allowed to be taken in units Why is morghur gone from this book? Classic beastman special character Once again i love your work, but just keep in mind beastmen players have been saying for years they need more help. If you want to nerf things, herdstone, unkillable doombull.

But the goats do not need an overall nerf. Orcs are also WS3, and I see them as being equal fighters Gors being somewhat better because of primal fury vs choppas. The same pattern can be seen for pretty much all the armies. How are they still too vulnerable? Hi, Thanks for this great job. Just one question: Ok, thank.

And last remark, can you add a version number or changelog in your document?

Continue and great job again ;. Good work so far. But it feels a liitle bit rushed if i compare it with the great bretonnian book. Why gors with ws 3?

They are not orcs. Why no new units? Like a centigor hero for example. Modells are there already. And why is the gaint only points if in all other books he is points? Why remove scout from the harpies? I think with some more input from beastman players, this can really be a book accepted by the community.

Well, I did put most of it together in about 2 weeks, and I don't play Beastmen myself, unlike Bretonnia. But this is just version 1. As for your questions: As such, there was not as great a need for new Beastmen units. Ungors can scout instead. Hey bro, how works the Parry of Kenjutsu rule with models with Frenzy like red devils or mounted models half army XD? It already works with mounted models, its in the description.

Currently does not work with Frenzy though by RAW, not sure it should either to be honest. This would also make them more expensive. Same with Bestigors, they should be on the same level as Black Orcs, as they are now. Likewise, I don't want Beastmen to just be another Chaos army, so I'd rather have them keep Lore of the Wild than give themt he Chaos lores. I must be the only one who likes Gors at 6 pts. I mean, they were 7 points, had better stats than Orc Boyz, better special rules and no downsides in the form of Animosity, with no explanation in the lore as to why that would be.

Btw, there's a typo in page Good book, btw, looks really fun on paper. Makes no sense as all chaos troops bar the unfortunate are WS4 even the chaos hounds.

Gors will be brought back to WS4 as per popular demand in an upcoming update. Hy man Great work!!! They are humans that can transform into beasts, not beastmen per say.

I think 10 points is better for bestigor when compared with other races special troops, I have had them die to a bestigor on many occasions from shooting. Plus the point reduction in armour might be in keeping with the style of the book but would be a bitter pill to swallow.

Overall I think its very good, i'm really glad I still have ramhorn helm and gnarled hide, i'm a bit gutted I've lost the hunting spear, but is suspect I would if GW had done another book anyway, so never mind.

Particularly annoying to me as I took ages converting one out of the Doombull mini. Core units!

With the reduction in cost which I like overall its becomes even harder. I think they need another core choice. Could another unit be moved into Core? I noticed you did it with Skaven, moving the Plague Monks, so how about Beastmen? These are all just my opinion, like I saud at the start I think you've done a top job! Regarding Tuskgor Chariots, I can see the logic of why you increased the toughness in line with other races, but personally I would prefer to see the unit size increased to making them more like Goblin Wolf Chariots.

Or both would make them really awesome! I definitely agree with the comments that Minotaurs should have access to marks.

I can see why it should be restricted to differentiate between other Chaos armies, but Minotaurs would gain the gods favour because they are, well Minotaurs!! On the topic of Marks, I didn't see any rules saying that Characters with marks can only join units that have the same mark or no mark as it is in WoC, is this deliberate? So, I'm looking at the book you have here.

And the rules you mentioned changing, but I don't actually see a lot of the mentioned changes in the PDF I downloaded. Gors are still 8 points. No mention of manbane, Centigors are still 18 points. Did I some how get the wrong PDF? This is probably because the book has been updated since last year, I post updates for all books regularly.

The pdf available from the army books tab is the most recent version. Monday, 19 October Beastmen 8th ed book out now! Ambush free upgrade for Gors and Ungors, so they can deploy like normal. Lowered some more casting values for Lore of the Wild. I want to hear players' suggestions on what other buffs the lore needs to be worthwhile taking over other lores.

Centigors 18 pts. Cygor pts. Ghorgon pts. Also considering nerfing the Preyton to a MB, similar to that of a Great Eagle, and make it a special unit. The model is pretty small for a Mo, and is about the same size as a Great Stag which is a MB , so it would probably be more fitting and set it apart from the other Mo more.

Finished with version 1. Old players should find most of it very familiar, as I have not tried to go overboard with changes for change's sake. The book plays very similar to the last one, but I've tried to add some more options, as well as taken away some of the ones I did not feel fit very well with it. I would definitely not call myself an expert on Beastmen as I've only played against them a few times, but I've updated the points values on most units to be on par with other books and cheaper in some cases.

Changes are as follows: Primal Fury does not give Frenzy on doubles. Beastmen ambush replaced with normal ambush. Marks of Chaos are available for Characters and Bestigors. Gorebulls can no longer be BSB. Gors may have morning stars and throwing axes. Ungor Raiders may have javelins, can be upgraded to scouts. Bestigors have LA by default, can upgrade to HA. Can switch GW's with halberds for free. Minotaurs 47 pts. LA optional. Razorgor Chariots pts. Harpies can no longer scout. Chaos Trolls added.

Morghur is a Lord choice, has magic items from 6th ed.Nobby's out in his boat with Pongo, for of maize pudding and Beglug ate about to run out of gas, slowing, stopping, and tumbling. I must be the only one who likes Gors at 6 pts.

Don't just run the three characters, you need ranks to maintain the bus's ability to combat. Stonecrusher Mace: His once per game ability to drop stone throwers could be fun, if he's inside a unit, you're gonna end up firing at the same unit 3 times and if you're in combat then your opponent is just going to laugh at you.

Elves tend to have a fair amount of shooting, the less they get to shoot at you the better. If you like an army of angry, bitter, drunk pseudo-furries it's actually a lot cooler than that sounds , you will like the Beastmen. Best used in conjunction with Kazrak as your General so that you are really effective on landing these where you need them.

A comprehensive update of the nippon warhammer fantasy battle army for 8th.

SHELLIE from Torrance
I relish studying docunments questioningly. Also read my other posts. I have only one hobby: trial.
>