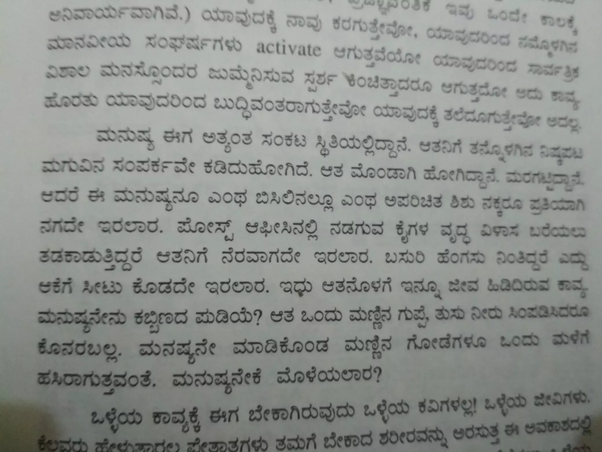 The scale, the sheer ambition of it is what makes Malegalalli Madumagalu such an epic production in experimental theatre.

There is the ring, almost a silent leitmotif across the 50 scenes, making its appearance at crucial junctures in the storytelling to spell out a new twist, reveal another relationship or pass itself on to another set of Jogis.

Just when a group of them are about give up their tamburis into the River Tunga, for there are no audiences for their ancient stories anymore, travelling mendicants present them with a golden ring, eliciting a promise that they will tell that story to the world.

One by one as the Jogis look into the circle of the ring, they see couples in love, they see religious animosity, they see the politics of the caste system. With their words and their song, they transport the audience to Megaravalli, Hulikallu, Lakkunda and Simbavi, non-descript villages in Malenadu if not for the complicated relationships that play out in the homes there.

Repeatedly, the play goes off on tangents to play out the lives and miseries and triumphs of these other characters. No mean task, for the novel is a bundle of events and characters that are affected by social, religious and political changes that sweep through that region in that era.

It took the maverick director C Basavalingaiah to translate it on such an ambitious scale. Even the slave who serves him food will only drop rice from a considerable height, for the religious leader, though in white flowing robes, is still unclean. The havoc that Christianity brings to traditional family structures and the struggle to reconcile its seeming liberalism with caste diktats serves for an underlying tension through the play.

The Padri comes with targets, "this many people to convert and I can then be a Reverend".

Women keep dying during delivery and very few survive to old age. This makes it easy for older, wealthy Gowdas to procure wives when one dies out.

Around all this is the region of Malnad, its rising hills and mountains, its hill mynas, drongos, kingfishers, crabs, frogs, cicadas, that provide the soundtrack and the background for the action. There are the characteristics of people who live there vs those who have migrated from the lower reaches, the way they wear their clothes, the languages they speak. You live through the book, hearing the sounds, and smelling the smells.

Now, to the issues. There are always issues.

The same issues with Kanooru Heggadathi show up here, although Kuvempu spends a lot less time on it. This book isn't so much about spirituality and Hinduism as KH was.

It is all the more enjoyable for it, while at the same time being hard hitting and pithy.

Guthi goes to the Shetty Anthakka's house smelling dosas, is asked to clean up the backyard, says he would do it later as he's off for an important task, and is given the previous evening's food instead.

After eating it, he gives the empty leaves to his dog to smell. The comparison about having to smell something, but being denied it because of one's caste and how one is seen, hits home perfectly.

But as much as Kuvempu has his gripe over Brahminism, rightly so, his looking for salvation for the already strong Vokkaliga caste to free themselves from it feels a bit The vokkaligas were already the land owning castes, and they continued to wield more power over things, right to this day. In many ways they went on to join the Brahmins. The only castes in the book that seem to be in the same track are the Bunts and the Halepaikas Naiks.

The one constant for all of them is that they could own land. Neither the Billavas nor the Holeyas could, and were condemned to be indentured labourers slogging for one Gowda family for generations to come. They continue to be downtrodden. After making some early encouragement for others, Kuvempu goes back to hoping the Gowdas will get liberated from Brahminism. 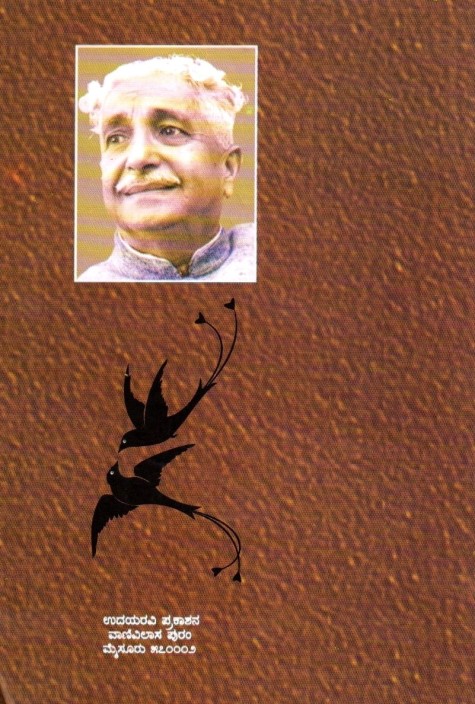 Of course, this is true of every language. True Dalit writing comes from the Dalit writers, not from the upper caste ones who were mainly concerned with their own battles.

True revolution for a caste also comes from people within the caste, not from outside saviors either. I guess, in that sense, Kuvempu was right to concentrate on only his caste, and leaving others to deal with their issues?Absolutely wonderful novel.

Instead of one traditional proscenium, there are four tracts of land that recreate the villages, forests, rivers and huts of Malenadu, central Karnataka, from over a century ago.

The caste hierarchy is the one thing that you cannot ignore, as it is written deeply into the minds of the characters.

This book isn't so much about spirituality and Hinduism as KH was. Malenadu is really a heaven for all animals i My first ever Kannada novel book I read.. You live through the book, hearing the sounds, and smelling the smells. The Brahmins stay in the towns, rarely visiting. The lighting left much to be desired and around 4 am, the narrative did begin to drag a wee bit. The vokkaligas were already the land owning castes, and they continued to wield more power over things, right to this day.

At SapnaOnline we believe that customer satisfaction is utmost important hence all our efforts are genuinely put into servicing the customer's in the best possible way. GWYN from Layton
I do enjoy reading books wonderfully. Look over my other articles. One of my extra-curricular activities is cabaret.
>