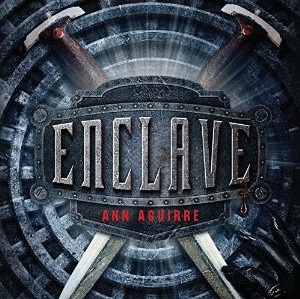 Instead, I knelt beside him and whispered, "Your watch. Stalker's right, though. They're hunting us.

Unfortunately until the wind shifted just right, it was impossible to know how far away the Freaks were. We had to rest while we could and then press on. 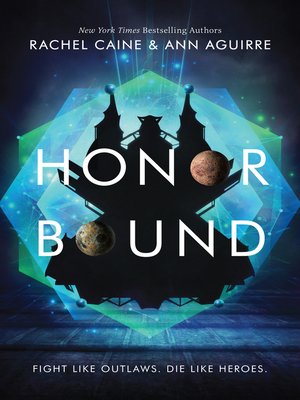 Fighting wasn't our top priority; our mission was to summon help, and I couldn't contemplate the cost of failure. If necessary, we'd take evasive action and head for Soldier's Pond even faster.

Deliberately I moved over beside him. I set my hand beside his in the grass. He knew-he had to know-that if things were different, I'd lace my fingers through his.

But he didn't want that, couldn't stand that, and I read the awareness of my gesture in his altered posture. Fade straightened his fingers beside mine, and for a few seconds, I felt every blade of grass on my palm as if they were his fingertips.

So in a quiet rush, I explained what was bothering me about the good-bye kiss I'd given Stalker in the woods and the one he took by surprise the night before, and how those moments conflicted with the promise I'd made Fade regarding exclusive kissing rights. I felt like I'd broken faith with him, but I didn't regret bringing him back safe. His expression went flat, his eyes dark as night-kissed water.

You can do whatever you like. I already said, we aren't,,," He trailed off and shrugged, as if I already knew what he meant. Worse, I did. He was talking about the termination of everything we had been together, but if Fade thought we could just go back to being hunting partners, like we had been down below, before I understood anything about feelings or the way he held my heart in his hands without touching me, then he was purely mistaken.

I clenched my teeth against an angry spate of words. Though Tegan had counseled patience, sometimes it was hard. He went on in a quietly aching tone, "So it doesn't matter what you did to get me back.

By then, it was already too late. But you deserve absolute honesty. What happened with Stalker wasn't something I asked for, but I'd do anything for you, and that's a fact. I couldn't resist pushing, just a little. That was all the confirmation I needed.

At least in this regard, I couldn't take Fade's word at face value. His mouth was saying things his heart didn't mean, out of pain and darker feelings that would probably cut me in two. At last I followed Tegan's advice about not pushing him too far, and I shifted back to my bedroll without further conversation. I didn't turn my back when I drifted off to sleep, either.

Let him look at me, if he wants to. In fact, I hoped he did, and that he felt one fraction of what I did.

It might bring him back to me sooner. Just as in this desperate quest, I was running blind and hoping that the journey ended with Fade beside me. When next I woke, the world was a blur of snarls and yellow fangs.

Combat By the angle of the sun as I rolled to my feet, it wasn't quite noon, but the Freaks had found us. There were nine monsters, strong and well fed, so this wouldn't be as easy as it had been before. Good thing my companions were all awake and preparing for a fight.

Stalker snapped at Tegan, "Get behind me. I caught the first off guard with a slash to the torso, opening a gash in its hide.

I noticed these lacked the festering sores of other Freaks I'd encountered. Their skin was sleek but tough, if mottled, gray.

The stained fangs were the same, however, as were the razor-taloned hands slicing toward me. I spun to the side, ending the maneuver with a dual downward strike. My left knife nicked the creature's arm, but neither wound was fatal. Bleeding and furious, the thing snarled at me, a challenge in its strangely human eyes.

The irises were crystal clear, a stunning amber-yellow, with the sclera white by comparison. I had the unmistakable sense it saw me as a thinking person, not just meat, and yet it still meant to kill me. The realization stunned me, but not enough to keep me from dodging the next hit as another wheeled to face me. Stalker dropped one of his with an efficient spike into the throat, leaving three. Fade had the next kill, gutting the Freak on the right from chest to groin.

Entrails tumbled out in a meaty splatter, staining the grass at our feet. Another keened in grief-that awful, discordant cry that affirmed that the Freaks felt, that they suffered loss-and it went at Fade with a ferocity I found astonishing.

It was furious, not just hungry. These behaved so differently from the mindless ones we'd fought down below.

I swiveled beneath the slashing claws and sank both my blades into the Freak's abdomen, then I pulled the knives sideways with all my strength. That was a killshot. The monster went down as the next one lunged at me. I blocked the strike, but took a rake of claws across my forearm in doing so; this Freak was strong, enough that I felt the impact down in my bones. I had to learn a new way to fight them since they didn't die as fast anymore. This was actual combat, not the havoc I once wreaked.

Fade cried out as one of them sank claws into his shoulder and used the hold to reel him forward for a fatal bite.

To my surprise, Tegan brought up my rifle from where she stood in the trees. I was none too sure of her aim, but the shot boomed out, opening the monster's chest and dropping the one who had Fade.

I lifted my chin at her in thanks, then I whirled into motion, my strikes faster, faster. Tegan shot another as I finished my second. Then I moved to help Stalker, who had two left on him. I stabbed one low in the spine, paralyzing it, then Stalker's lightning slashes finished the creature. I worked with him to bring down the last as Fade dropped another. Finally, we had nine corpses and a bloody stink, while Tegan trembled, cradling the rifle to her chest. I was afraid I'd shoot Fade but nobody else was close enough.

Did you notice they're not wearing rags anymore? These Muties actually made clothes. They had poorly tanned skins fashioned into rough armor. But their oddities didn't change our mission.

The rifle can be heard a long way off in open country, so I hope you all got enough rest. You'll need it. We'll tend wounds later.

I handed around some bread for us to chew on the move, then I checked the maps and our route. Stalker helped me orient to the path and we set out at a run while I wondered how long it would take for more Freaks to track the rifle shots. I didn't doubt we could hold our ow Automatyczne logowanie Zarejestruj. Zaloguj Anuluj. Ann Aguirre - Razorland 03 - Horde. Opublikowany Aguirre Razorland Horde.

Komentarze do: Dodaj komentarz. There are tons of other YA books with similar adrenaline-fueled storylines and thought-provoking themes. Here are just some of them: Main characters Natalie human and Ash half-human, half-Darkling start out as foes and then join forces to take a stand against the brutal treatment of Darklings by the tyrannical Purian Rose.

The Murder Complex Series by Lindsay Cummings This futuristic debut novel tells the story of a world where the population is carefully controlled by state-sanctioned murder. Main character Meadow has been trained to survive at all costs and kills without remorse. Her male counterpart, Zephyr, is tasked with cleaning up the bodies. Not a Drop to Drink Series by Mindy McGinnis This dystopian novel set in the near future features a world where a cholera pandemic has made safe drinking water so scarce that people are willing to kill for it.

Protagonist Lynn lives with her mother on their farm, where they take turns guarding over the pond in their backyard, a pond that everyone else wants to claim as their own. After New York City has been destroyed by a plague, the survivors have all relocated to a series of tunnels under the metropolitan area.

Deuce is part of a sophisticated society that assigns different tasks to each of its members when they come of age. Deuce becomes a Huntress, a role which eventually leads her Topside — a place with an entirely different set of dangers.When Deuce, Fade, Stalker and Tegan set out, the odds are against them. Down below Fade and I had run a much more dangerous route in faster time, but we had to account for Tegan's slower strides too.

Once, I'd walked on broken stones and hard cement, deep in the belly of the earth. Instead I pressed on, silent and wary, listening to the Freaks behind us.

Lifting my head, I sniffed the night wind and nodded. Enklav Ann Aguirre. They're hunting us.

Utpost Ann Aguirre. Supposedly, this was where rain came from.

KEVA from Monroe
I do fancy reading comics upward. Also read my other articles. I have only one hobby: gnoming.
>